How Health Points Can Impact Your Virtual Life 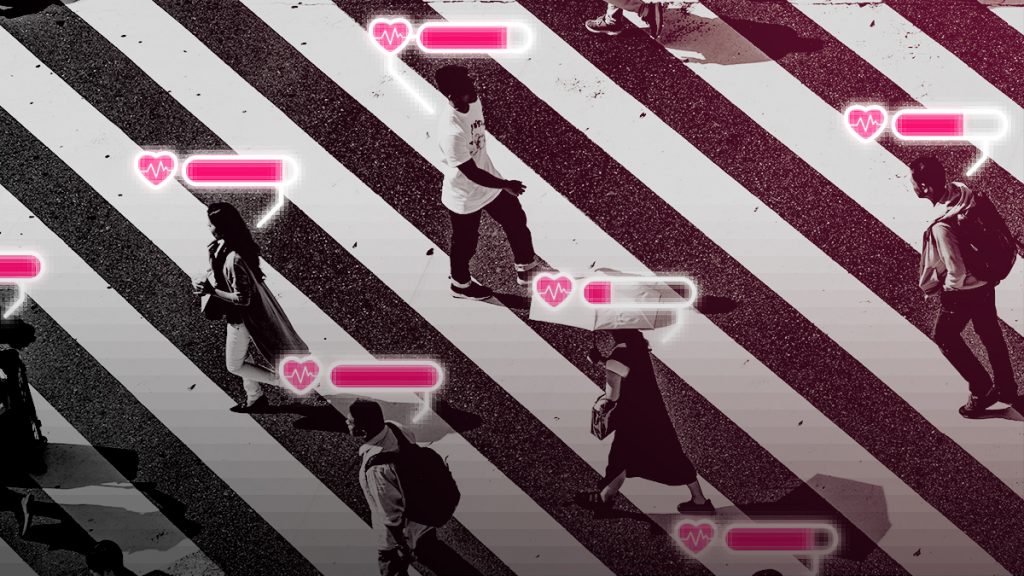 Health is a vital element in real life, and it has a powerful impact on the virtual existence of Lootizens as well. When a new Lootizen is born in the world, they receive a hundred Health Points (HP) to start their new life. Starting from this week, this number will decrease by three HP per day, mimicking life expectancy in the physical world.

An individual is considered “alive” as long as their Health balance is positive. Once they hit 0 or a negative HP amount, they become “dead” in the game and move to an upside-down version of this parallel reality: the Underworld. The environment there is quite different.

All mineral deposits, seafloor, lakes, and geological formations are shown as mountains and valleys. Lootizens there will not be able to see any structures from the main Lootverse map, such as buildings, bridges, parks, or other kinds of constructions that are being developed in the world.

Only the natural terrain and the core sites of Lootverse – Loot Arena, Satoshi’s Lounge, the Government, and The Fund – will be available. At first, the spooky aesthetics might sound curious and a bit interesting to some, although, the real fun would still be on the other side. Luckily, death is not the end of the road in Lootverse.

Users can get back to life by buying packs of HP to have a positive balance and be considered “alive” again. The flow is simple: access the Government website, then click on “Ministry of Health” on the side menu, and choose “Health Center” to “Buy Health”. HP will be sold in LTT, and one point is equivalent to 0.01 Lootian Credit; 100% of the LTT used to purchase HP will be burned.

Over time, several other happenings will impact Lootizen’s HP beyond their lifetime in Lootverse. The God Matrix element, implemented in a later stage, will add layers of complexity such as natural disasters just like it happens on Earth and non-typical or even magical events. Anything is possible, from a thunderstorm to a tornado crossing the plot and causing losses on HP and LTT balances.

Some of those events can even be out of this world, like an alien invasion of the city. While the amount of HP consumed on these unfortunate occasions is unlimited, the good news is that God Matrix can only impact up to 5% of one’s LTT at a time.

Another element that can impact Health Points is War. As a plot ruler, A Lootizen can start a conflict against another plot. Additionally, a resident can take part in the battle, collaborating with the armory. Both Aggressors’ weapons and Defenders’ shields have Health Points harnessed to them.

When the HP damage caused by weapons is superior to the shields’ power to protect the land, the Aggressors win and start to collect 5% from all economic activity on that property. When it is the other way around, and the Defenders’ shields are more powerful, they have the victory and receive the Attackers’ war fund as a reward.

Health Points will unlock many opportunities for Lootizens and portal operators within the world. For example, plot owners who developed their properties with buildings for future Lootizens can tag NFTs containing HP to be gradually released when residents pay rent. Furthermore, due to increasing life expectancy in the plots, landowners can influence the competition for the most favorable locations to live across the realms of Lootverse.

Lootizens can also become “immortals”. Even though it is not that easy, it might be something fun to achieve. Since Lootizens can only top up their Health wallet until they reach a buying limit of 100 points, they can get more points from items sold by portal operators or purchased in resales in Lootverse’s official marketplace, Satoshi’s Lounge.

You could buy a t-shirt with HP to boost your balance, for example, or be surprised with an easter egg with HP hidden in one of the rare NFTs sold within the world. In the future, Lootizens will even be able to transfer the HP with those assets to one another, using the Lootian chain of title for authenticity.

Curious to see what the future holds for Lootverse?