The Rise of Lootian Politics 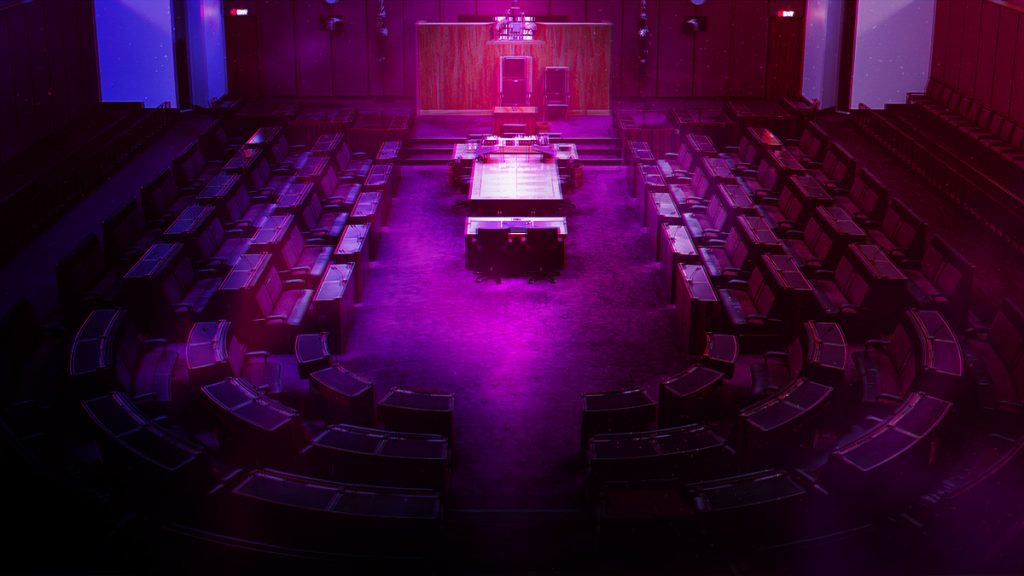 Imagine a hyper-realistic fantasy world. The terrain, the weather, the landscape, and even the air are so similar to real-life you can almost feel the breeze. But, what is missing in this picture? The people you will meet, those individuals interconnected with each other, and the reality around them. That’s where the most exciting interactions begin. This past week, Lootizens gave life to polemic discussions and witnessed the rise of the political sphere in Lootverse.

Here’s a brief context for those who missed this electrifying chain of events. It all started on April 15 (2022) on the Parliamentary Floor on Discord. When Councilor @kellz116 began questioning one of the Lootian licensees (Aya Curators) led by cabinet member @ishant. In his private notice question (PNQ), this entity was engaged in pumping the prices of NFTs it listed in the Arena’s auction game. For context, Aya Curator’s sister business also manages Lootnance, the Lootian exchange. @kellz116 further continued: “How can we know that Aya Trades isn’t front running Lootnance LTT sales for its accounts or other accounts? How can we know that Aya isn’t evading the Levy? How can we know that Aya trades isn’t extending these market manipulation opportunities to other accounts? Answer: we cannot.”

The provocation was heard loud and clear, and the answer came from @Ishant, who clarified that Type P owners are allowed to be miners and portal operators. He also said: “Evading the Levy would result in a revocation of our license. Exchange license holders are accountable to the government. As for front running, why would we even open an exchange to everyone in the first place then? We could have just used Lootnance as a private exchange and sold only our LTT and our allies’ LTT. But that is not the goal of Lootnance. At no point did we ever prevent a user from fairly selling their LTT. We want to help all miners participate in the rewards that come with mining.”

But this reaction didn’t end the topic, instead sparked an even heated debate that lasted five more days and is still reverberating in the halls of the Lootian Parliament.

Everyone Has Their Time to Speak

One by one, the members of the Lootian Parliament joined the discussion. Each of them with their own opinion and the level of criticism. Hon. Cabinet Member, @driftwood said: “Is it strategic to bid your own auction when it’s already amassed 10,000 credits? Greedy, more like it.” And Hon. Upper House Member, @DigiDrip, invited the other members to join the talk: “I’d like to hear more thoughts from Parliamentarians and if they share the same concerns.”

The conversation became more combative when @Ishant commented: “If you guys are worried about frontrunning, just use OTC.” This response didn’t make the parliamentarians any happier. The Hon. Cabinet Member, @DaWiz said: “That’s a curious response.” and shared the following on the floor.

Is This a New Time for The Arena?

The debate had prolonged for three days when the Hon. Cabinet Member, @Ferrory said: “The Arena will all take a back seat soon. The main layers, businesses, games, experiences… that will be the focus for new people.” Then, Councilor @Br_wnS_g_r pointed out: “Still throwing the popcorn from the backseats aka doesn’t change anything. Bidding for your own listings – automated (or not) with the intent to actually win it – doesn’t make sense to me. Just buy it off the creator. No need to push it through Loot Arena. Supporting the listing with upfront bidding in order to establish a floor is good enough in my opinion.”

The fire kept burning high on the Parliament Floor and culminated with @Ferrory proposing the following motion, giving the members 48 hours to vote the item.

The Lootverse Gazette spoke to @Ferrory, who commented: “the motion that I put up in there was accumulating information from a bunch of people, and I believe our group represents a much larger group than Ishant or other curators, or at least Ishant is saying that we are a very small group of people who are complaining about this when this has been going on for a long time. I do think it’s ok for curators to bid on the auctions. I think it’s healthy for the community and to help set a floor for the actions themselves, but it needs to be done in a way when it’s not shill bidding, which is essentially manipulating the market itself.”

@kellz116 also spoke to the Lootverse Gazette and said: “My opinion on this matter for motion A) I believe shill bidding should be forbidden, however, this is hard to prove, that a curator is doing this, however judging by the shilling Aya Trades does in the Lootverse telegram channel, one could have a concern. On Motion B)  I also believe that curators should be held to the same standard as the core team members. Currently, curators have a lot of power as it is; giving the option to them to drive the price up of their own auction to have a higher payday seems to be unethical.”

The discussions continued on Discord. While some parliamentarians supported the motion, others started to question the matter. The Hon. Cabinet Member @dk10 said: “I think the debate is ok. But I don’t believe a revocation of a P plot is in our power. Like, can the government revoke ownership of land in general? Can we turn tyrannical? Can we ban accounts?” Later, @Ishant said: “Everyone who has not, you should probably spend some time reading the documentation of the Parliament and understand its rights and limitations before discussing motions and putting motions forward. That will help us all better operate this parliamentary floor.”

The response was immediate and came from @Ferrory who said: “There are many things you can do to improve yourself and how you are viewed by the government and the Lootverse citizens.” The argument continued dividing opinions on the Parliament Floor for the rest of the day. At the end of this restless week, @jamesduchenne, CEO of Loot NFT and Hon. Cabinet Member, spoke to all Parliament members.

Parliamentarians are still discussing their political preferences and paving the path to a realistic political scene in Lootverse. Conversations between all parties happened to promote the progress of this world and establish a healthy and safe environment for all Lootizens. This April 2022 has presented itself as a milestone in the history of the politics and internal affairs in the Lootian State.

Talking to The Lootverse Gazette, @Ishant said: “We take feedback constructively and grow.  We can’t experience fast innovation without hurdles along the way. We hear the wishes of all Lootizens and will try even harder to serve their needs to the best of our abilities.” @kellz116 also said to the Lootverse Gazette: “I see the role of the government is to express concerns and talk about it to better the Lootverse as a whole. I think the government will be a key part of how the Lootverse will form in the near future.”

Stay tuned to read more about the events and movements around Lootian Politics!