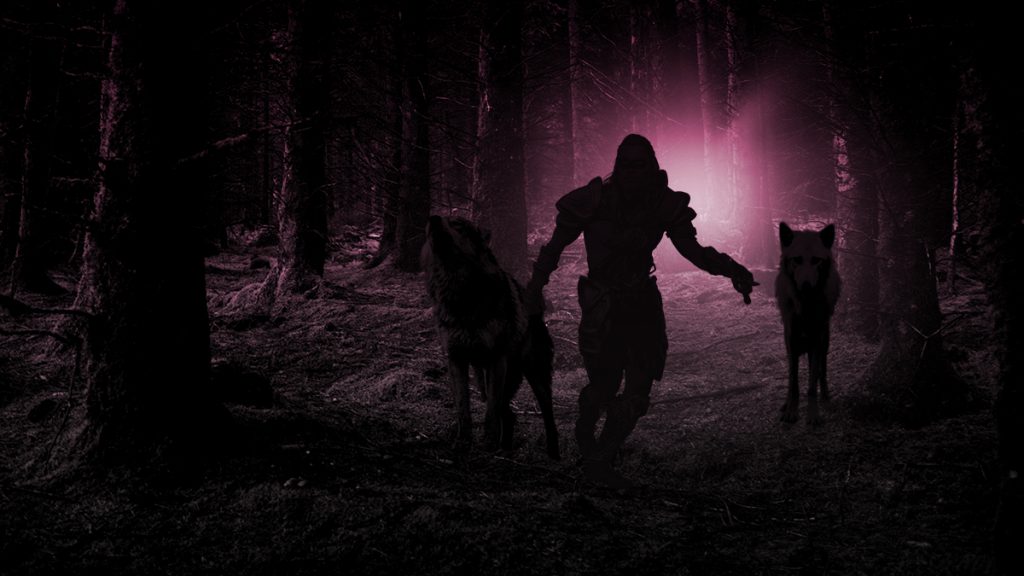 Through the continued effort of all the researchers and scholars here at the Lootian Department of History and Natural sciences, we have started the translation process for the third part of the Tale of Mulgarath. He continues aging with the Horned Man within the beauty of The Great Medusa Forest and finds the abyss within the soul where the Horned Man lives.

“Many years have passed since the day the strange horned man took in Mulgarath. They had settled into a life where the strange man would leave for periods leaving him to take care of the cabin in his absence. He would spend his days in the forest working with the beasts and finding trees that needed to be cut down, only picking and taking just what was needed to preserve the forest’s majesty of flourishing trees. Spending years working in the woods, he built a strong body with broad shoulders, plenty of scars, and calluses on his arms and hands.

As he spent time in the cabin, he felt darkness inhabit him. He would feel no joy in his work, but he felt a duty to the Horned Man and the forest. His eyes became so used to the darkness of the forest that one eye turned a shade of black, allowing him to better see through the haze of the night. This also caused his face to exhibit visual darkness, creating a menacing look.

The next time he saw the Horned Man, he had a new non-caring aspect. The man that never spoke much through his childhood now started speaking in a guttural language that was something rarely heard across the Lootian lands. This gave Mulgarath a renewed sense of exploration to find his destiny. Going off one day packing up what was needed to survive in the forest, he walked for three sets of three days. He walking south until he found a river and followed the River de’ Royale to the east. This led to a great wall that divided the realms, of which realms were unknown, as he had never seen anything except the forest his entire life.”

Mulgarath, a growing orphan, knew the feeling of the blackness and bleakness that could exist in such a beautiful place. We in the Lootian Department of History and Natural Sciences are working hard to continue translating and discovering the historical references that are a part of this beautiful and pristine world.

Read More: This Day in History: The Tale of Mulgarath, Past II