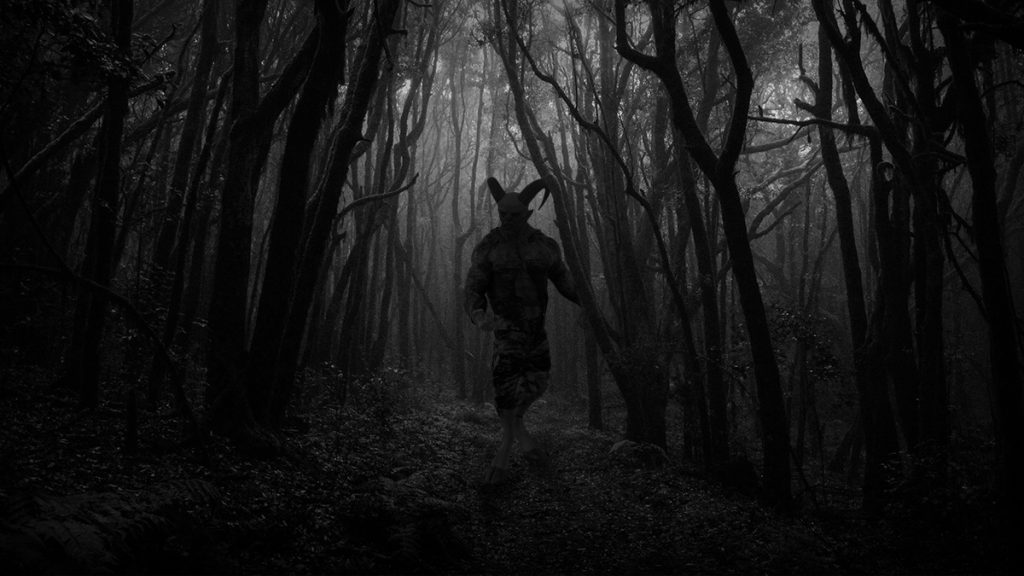 Through the continued effort of all the researchers and scholars, the Lootian Department of History and Natural Sciences has started the translation process for the second part of the Tale of Mulgarath. In this moment of his journey, the orphaned Mulgarath meets the Horned Man and hears an unrecognizable language.

“As he took a second in the basin to catch his breath and see where he had just fallen, a weird man crossed his path. The kid opened his eyes, noticing that someone had come to show any level of affection that he had never known in his short existence. Upon opening his eyes, he saw the Horned Man. The child clung with dear life to this stranger. The stranger looked down upon this small kid and took pity on him and his situation. So he wrapped him in his arms and started to walk through the forest.

After being carried for what felt like an eternity, they arrived at a small cabin covered in moss, brambles, and branches. The walls of the tiny house were not much to speak of, but they kept the wind and beasts at bay. The stranger set the orphan down on a rough animal-skinned bed. There the Horned Man looked at the orphan and spoke out a name that he would call the child. He uttered the word Mulgarath, being as he saw him as the heir to usurp some kingdom.

He knew this child had a destiny far outstretching this forest. As Mulgarath was looking around the small cabin, he noticed a diagonal line with a solitary dot over it, with some other odd intricate inscriptions around it. He was not able to read what this all meant. The Horned Man walked out of the cabin for a little while and brought back some dinner for his child, and he was immensely grateful for this act of generosity since he could not remember the last time he had eaten.”

Mulgarath, as a young child, was taken in by a mysterious and dark Horned Man. The Lootian Department of History and Natural Sciences is hard at work to continue translating and discovering the historical references that are a part of this beautiful and pristine world.

Read More: This Day in History: The Tale of Mulgarath